Speech by Lord Adair Turner, Chair of the Energy Transitions Commission, at the COP26 ‘Destination 2030’ 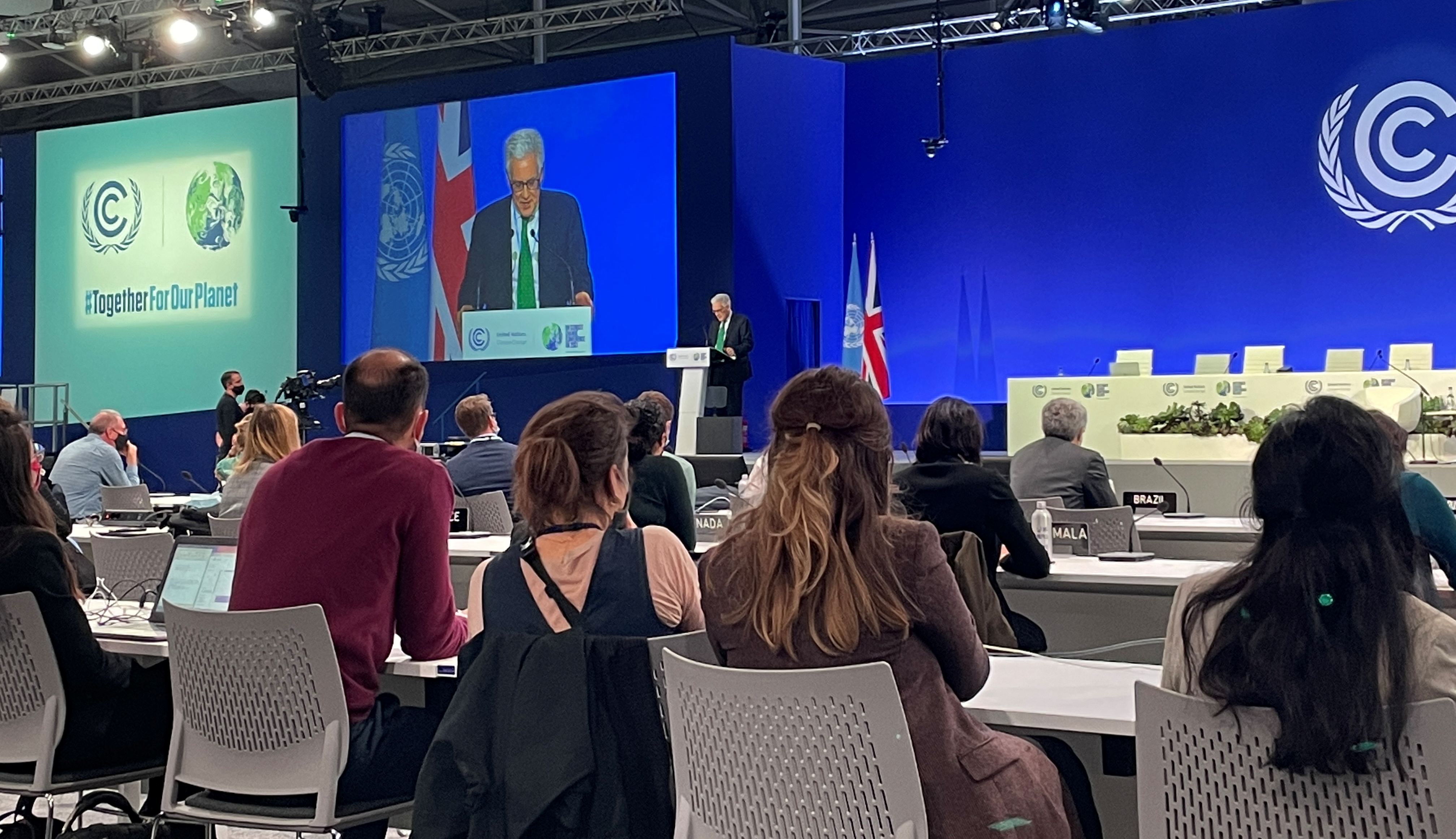 Adair Turner presented the Energy Transitions Commission’s analysis of how latest pledges from first week of COP26 might help to close gap to a 1.5°C pathway. The speech was presented at the Destination 2030 event, a stock-take session of what has been achieved at COP26 so far, exploring what’s necessary, what’s possible & what’s already underway to deliver the promise of Paris & keep 1.5°C alive. Hosted by the UN High Level Climate Champions in partnership with the UK COP26 presidency.

“The Paris climate accord committed the world to limit global warming to well below 2°C and ideally to 1.5°C and if we are to keep that possibility of 1.5°C alive and make it certain that we will stay below 2°C, we need not only to head towards a net zero global economy by mid-century but make big emissions reductions in the 2020s.

Ahead of this COP we at the Energy Transitions Commission set out six sets of actions which could build on NDCs to achieve the reductions required. The question now after one week of COP – and many new commitments, is how close are we to closing the gap?

One vital priority is cutting Methane emissions – 380m tonnes in 2018 and coming in roughly equal proportions from fossil fuel production, waste management and food production, primarily meat. Methane is a hugely powerful greenhouse gas and cutting methane emissions is the fastest acting tool we have to limit global temperature rise. 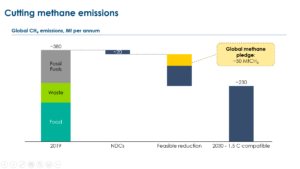 And the good news is that there are lots of ways to reduce emissions at low cost. We described a feasible objective to cut emissions 40% from 380 million to 230m tonnes by 2030, and with very little of that potential already reflected in NDCs.

So it’s great to see this potential reflected in Global Methane Pledge – supported by countries accounting for around 45% of global methane emissions and committing them to a 30% cut. Provided those commitments are met – that could cut methane emissions 50 million tonnes by 2030 not the full 130 million tonnes we could and should achieve but a good start on which to build.

As for CO2 the challenge is to cut emissions from the 43 gigatons they could reach on a business as usual path to something like 21 gigatons by 2030 – a reduction of about 22 Gt. 3 Gt of that reduction is reflected in new NDC commitments but in our pre-COP analysis we identified 5 other sets of actions that could close the gap – through progress in nature based solutions, in the power sector, transport, industry and energy efficiency.

So how do we now stand?

Well the good news – potentially – is a big step forward in nature, with a commitment to end deforestation which, if supported by appropriate finance and delivered, would itself result in 3.5 gigatons of emissions reductions. That commitment is a huge step forward: delivering it a crucial priority.

As for the power sector, if we could agree to no new coal plants anywhere in the world and to beginning the phase-out of older existing coal plants during the 2020s that could potentially save 3.5 gigatons by 2030 and the Global Coal to Clean Power Transition Statement commitments are a step in that direction with coal-dependent countries from across the world – from Poland and Ukraine to Vietnam and Indonesia making important new commitments, but with India and China not among the signatories and with commitments focused on the 2030s and 40s, these in themselves will only deliver a small 0.2Gt of the 3.5 gigatons potential. 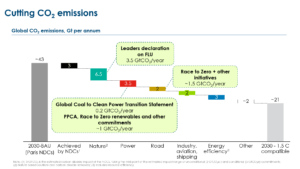 In addition however the country, company and financial sector commitments of the Powering Past Coal Alliance and the innovative South Africa finance deal, plus commitments to accelerate renewables investments which will inevitably displace coal could give us another 1 GT. Valuable, vital, but still much more to do to move beyond coal.

Moving to the right of the chart many commitments will be made next week not this, but on road transport the commitments to electrification already made by auto manufacturers, whether within the Race to Zero framework or outside it, make us pretty confident that road transport electrification will go much faster than most NDCs assume, likely delivering an additional 1.5 gigatons reduction out of the two gigatons that could be achieved.

Add it all up the NDCs and the sectoral commitments, and we are probably on a path to about 9 gigatons of reductions out of the 22 needed – with potential for further important reduction commitments next week. It’s good progress but of course still not enough and even with further progress next week – on steel, aviation, shipping – we are not going to achieve the full 22 gigatons we need; we’re not going to be able to go home from Glasgow saying job done.

But we have new commitments which will make a difference and which must be delivered, and we have a springboard for further progress which we must achieve over the next few years sector by sector, and reflect in improved NDCs.

We can achieve that and we must achieve that, so let’s maximise progress over the next week and leave Glasgow to do still more in the coming months and years.”