Cost of hydrogen from renewables could fall more than 50% by 2030, with a five-fold demand growth by 2050 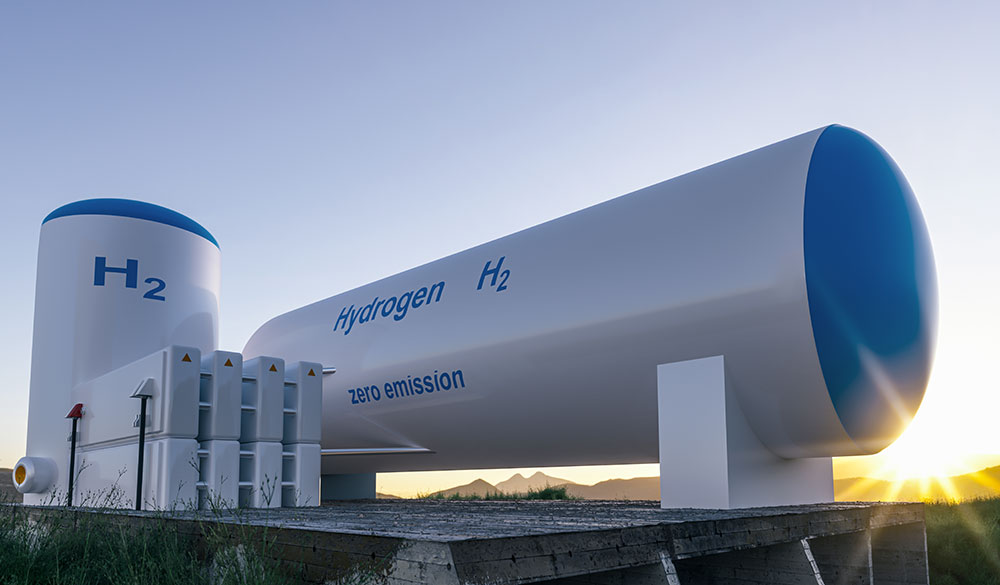 In India, hydrogen can start to compete with fossil fuels in certain industrial applications by 2030, given enough government support. With demand for hydrogen in India set to grow five-fold by 2050, the “Potential role of Hydrogen in India” report examines the positive impact on the transition to a zero-carbon energy system.

December 16, New Delhi: The demand for hydrogen in India can grow five-fold by 2050. Further, by 2030, the costs of “green hydrogen” from renewables will fall more than 50% and start to compete with hydrogen from fossil fuels.

These were the findings of a report launched by The Energy and Resources Institute (TERI) in a digital event on Wednesday. The report, titled “The Potential Role of Hydrogen in India”, was created under TERI’s Energy Transitions Commission (ETC) India programme.

“This is a first-of-its-kind, cross-sector assessment of how hydrogen technologies can support the transition to a zero-carbon energy system in India,” said Will Hall, Fellow, TERI, and one of the report authors.

The report says that hydrogen needs to be targeted in sectors where direct electrification is not possible. These are heavy-duty, long-distance transport sectors, some industry sectors, and long-term seasonal storage in the power sector.

In transport, battery electric vehicles (BEV) will become competitive across all segments, except for very long-distance, heavy-duty transport, which could be fuelled by hydrogen.

In the power sector, hydrogen could provide an important source of seasonal storage for variable renewables like solar and wind energy. Large amounts of seasonal storage will become necessary only when the share of wind and solar in total generation reaches very high levels (60-80%).

Praising the report, Dr Kumar expressed a lot of support for growth of the hydrogen sector. “In Government of India, we see hydrogen as our next big sunrise sector and a transition to the hydrogen economy as the way forward for India. I therefore hope that some of my optimism about the sector will prevail in combination with a coordinated policy thrust from us.”

He added that improvement in technology and fall in cost of hydrogen will happen sooner than estimated.

Dr Kumar also suggested adding electrolysers to produce hydrogen in the list of industries that are to receive the production linked fiscal incentives recently announced by the government for economic recovery.

Emphasizing on the need to look at hydrogen growth in India from the point of view of demand, Dr Ajay Mathur, Director General, TERI, said, “The falling cost of hydrogen will drive its uptake, with initial scale-up being driven by collaborations between progressive public and private players… India has an opportunity to grow an economically competitive low carbon hydrogen sector that can spur job growth reduce energy imports, whilst drastically reducing emissions.”

On the occasion, Lord Adair Turner, Co-Chair, ETC said, “The costs of making green hydrogen from electrolysis are falling fast, with $2 per kg production costs likely to be achieved before 2030. So, it is essential to identify what role hydrogen could play in India, and how Indian industry can seize the economic opportunities arising.”

He added that it is important to see a hydrogen economy not just as a way to decarbonise economies but also as an opportunity for creating new value-added businesses and employment.

The Energy and Resources Institute (TERI) is an independent, multi-dimensional organisation, with capabilities in research, policy, consultancy and implementation. It has pioneered conversations and action in the energy, environment, climate change, and sustainability space for over four decades.

The institute’s research and research-based solutions have had a transformative impact on industry and communities. Headquartered in New Delhi, it has regional centres and campuses in Gurugram, Bengaluru, Guwahati, Mumbai, Panaji, and Nainital, supported by a multi-disciplinary team of scientists, sociologists, economists and engineers, and state-of-the-art infrastructure.

The ETC has published a Consultation Paper as part of its 2021 Negative Emissions workstream.
Read more

New reports by the ETC set out path to electrify economy and grow complementary role for clean hydrogen.
Read more

Out of these cookies, the cookies that are categorized as necessary are stored on your browser as they are essential for the working of basic functionalities.
Necessary Always Enabled

Any cookies that may not be particularly necessary for the website to function and is used specifically to collect user personal data via analytics, ads and other embedded content are classed as non-necessary cookies.